Elizabeth is back from Europe — read her chronicle of the last three weeks at DamnedFool.com — and heavily focused on canning tomato sauce and attaching foam-rubber hands to our puppets. 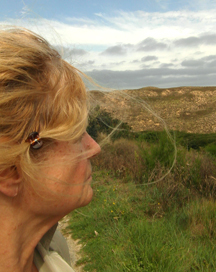 And in two weeks I’ll be flying to Mexico (Merida, in the Yucatan), my first time there, taking a week’s course in Spanish, five hours a day, and then visiting ancient Mayan sites.  I’ve been beating my head against that language for about two years now, hoping for another blurt of progress.

Why?  I love the literature (if I ever get fluent enough to read something besides kiddie books), and I find that the challenge of a foreign language sharpens my acuity with my own.  At least I’m past the point of groping for a word and coming up with French or German.

And solo travel for me induces a kind of rootlessness that precludes all sustained, disciplined work but is perfect ground for getting pregnant with new projects.  We’re trying to finish the third draft of our new novel Hammers before I go, then see what it sounds like upon my return.

And of course King Lear.  Regular reflections on that front are likewise at DamnedFool.com.  We’re in our studio four to five times a week rehearsing, about 24 weeks to go before previews, and we’ll need every minute of it.  There’s all the work that would normally go into producing a Shakespearean masterpiece, and then there’s the puppetry.      Right now it’s at the horribly awkward stage of, “Okay, now the Fool hits Cue 22, then puts Kent in L2, Edmund in L4; Lear puts Regan in L9, drops Cornwall behind the throne, hands the Old Man to the Fool, who puts him on the right hand, takes Gloucester#2 from the floor, onto the left hand, while Lear puts on Edgar, left-handed; lights do an auto-follow as we all come up.” Oh to be the Flying Karamazov Brothers.

We’ll be doing four preview showings at our studio in March, then a three-week run in San Francisco, place yet to be determined, before starting to tour.  Back East hopefully in the fall.

And forthcoming soon:  In 1989, we self-published Rash Acts, a collection of eighteen of our short dramatic sketches.  Those being the days before print-on-demand, we had to order 2,000 copies and cart around the boxes during multiple moves over the years.  But they’ve had a slow, steady sale, and last month we finally sold the last one.  So now we’re doing layouts for a second edition — expanded, since we’ve written a helluva lot since 1989.  Not easy deciding which additional six or eight we want to publish and which sixty or seventy the literature of the world can do without.  But we hope to have it between covers in a couple of months, and we’ll announce it here.

Keeping things short this month, as we have to clear brambles out of the drainage ditch by the road and then rehearse King Lear.