Our local drought has been relieved momentarily by rain the last few days and even snow around Donner Pass.  It’s a drop in the bucket, but every drop makes a dribble.

It’s nice to hear the patter on the roof when the neighbor’s rooster wakes us up at 5 a.m.  Then we dream of a torrent sufficient to drown the rooster.

We’ve finally committed to dates for our two-actor/twenty-puppet staging of Lear.  We’ll be previewing the show at our Sebastopol studio in the latter part of March, then opening for a three-week run at The Emerald Tablet Gallery in San Francisco.  And back East hopefully in the fall.

We’re delighted with that venue.  It’s only a block away from Cafe Trieste in North Beach, where we’ve gone for coffee periodically since 1963.  They do very intriguing exhibits and various concerts and events.

We had looked at a number of more conventional spaces, but felt that this warm, intimate setting would be a welcome contrast to the bleak, blasted heath of Lear.  Info on reservations and tickets will be forthcoming.

Meanwhile, work progresses.  We have a rehearsal stage manager, Liora Jacob — extremely welcome at this point as we lurch through the complexities of text and stagecraft.  And a wondrous costumer, Fay Mallory, who assisted with our Tempest.  Helpful that she’s familiar with the vagaries of clothing puppets. 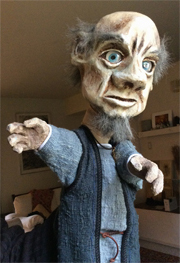 We’re very pleased to have received a $2,000 grant from the Theatre Bay Area CA$H program (which pays slightly less than our costs of presenting it in San Francisco), and we’re awaiting word on other support.  But we expect to have this work in touring repertory for some time, so one way or another we’ll eventually put some quarters in the bank, or at least nickels. 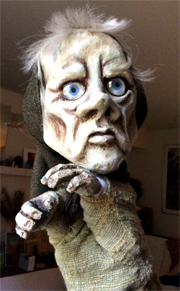 We’re now in the final stages of layout and editing a new edition of Rash Acts, a collection of our short dramatic sketches from more than 45 years of touring.  The new edition will add about 16 pieces to the original 18 and include new prefaces and commentary on the process of creating and evolving this work.

Long before the recent spate of interest in “ten-minute plays,” we were touring the country with these things.  Of course before us, there were Broadway revues, vaudeville, and a tradition of short comic sketches going at least as far back as the 3rd Century BCE “mimes” of Herondas.  But these pieces — culled from several hundred we’ve written — reflect a unique range of styles as well as our own quirks and those of the talented people we’ve worked with. 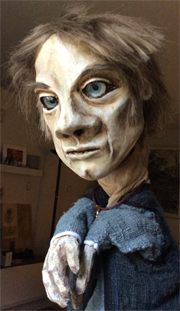